January 1987 was a poor snow month and as a result, the Sno-Eagles Poker Run and Dinner netted the club a mere $550. However, the Editor for the 1987 Sno-Eagles 4-Seasons Trail Guide, Karen Kubacki was hard at work. 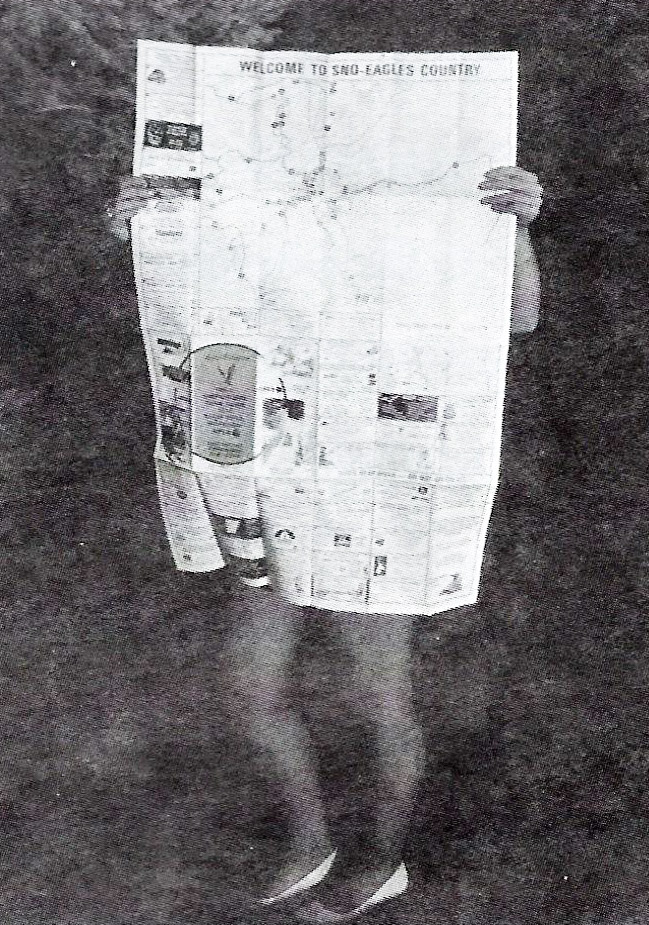 The Char Lou Supper Club offered to host a benefit prime rib dinner for the club February 21, 1987. Dinner will cost $10.00 with half of proceeds going to the club.

Women on Snow was planned for Jan. 30 at Chanticleer Resort. The Derby Dance net the club $4,200 with a big thank you going to Sally Ayers for putting this together.

The Spring Fling dinner dance is planned for May 9, 1987 at Eagle Waters Resort with John & Carole LaBelle being the chairpersons.

1987 was the first year of selling trail maps as well as our 4-season Trail Guide.

Chief Sparse Feathers (Jim Ayers) will again organize the July canoe trip/races. Our Miss Sno-Eagle was on the July 4th parade float and volunteered at the festivities after.

Woodchip snowmobile races at the Derby track were held in September and the Sno-Eagles had many participants.

The hayride left the White Spruce Inn after a few cocktails and made its way to the Persian Paradise for a fish fry. Fun was had by all attendees.

The Sno-Eagles have agreed to provide personnel to register participants for the Snowmobile Manufacturers Demo Rides at the Derby. The Weekend Away is planned for Feb. 12-14 at Northern Pine Motel in Hayward. Trails to open Dec. 15.