The Sno-Eagles had a very busy December 1983 and January 1984. In December the club had their meeting at Paul Reidel’s Hiawatha Supper Club, serving spaghetti for $5.00 per adult and $2.50 per child. The meeting was the annual meeting dinner and dance.

A Snowmobile Safety course was held in December at the Middle School for kids over 12. The course was put on by Ron Schoessow and Dennis Krusick.

The Sno-Eagles planned a snowmobile trip to Rhinelander for January 14 to participate in the Hodag 50 snowmobile parade and then attend the Winter Festival featuring Louise Mandrell. The Winter Festival continued January 15 with the Roy Clark show. The club guided tour rides in January were sponsored by the club on Tuesday’s and the Flying Femmes on Wednesday’s in January. By February the club now had 125 paid members. Due to poor snow conditions in February and March, the Weekend Away was cancelled. Jim Ayers volunteered to organize the layout for the 4-Seasons Trail Book/Guide.

The club planned for their Spring Appreciation dinner dance to be held in April at the Golder Eagle Room of the Country Kitchen. The Spring dinner dance was a huge success through the efforts of Audrey & John Stearns and Marilyn & Herb Kilian.

The club had a float in the July 4th parade with a big thank you to Edie Kukanich and her helpers for the float and Joy Buchholz our Miss Sno-Eagle who rode on the float. 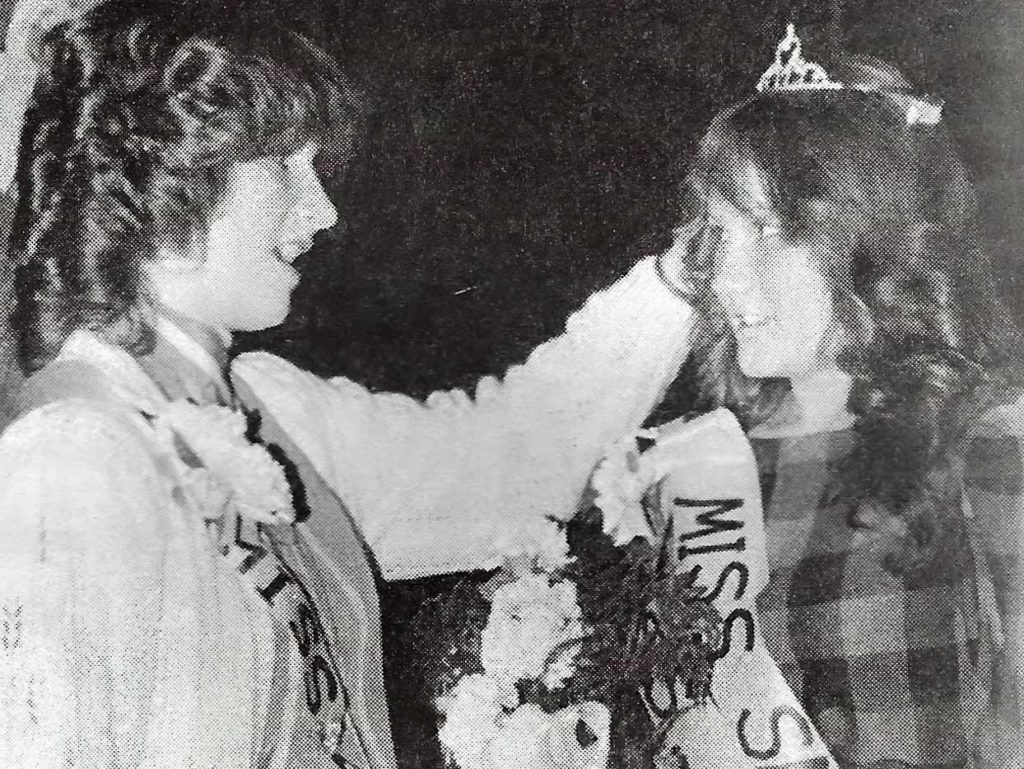 Also over the summer the club rebuilt the original Buckatabon bridge. 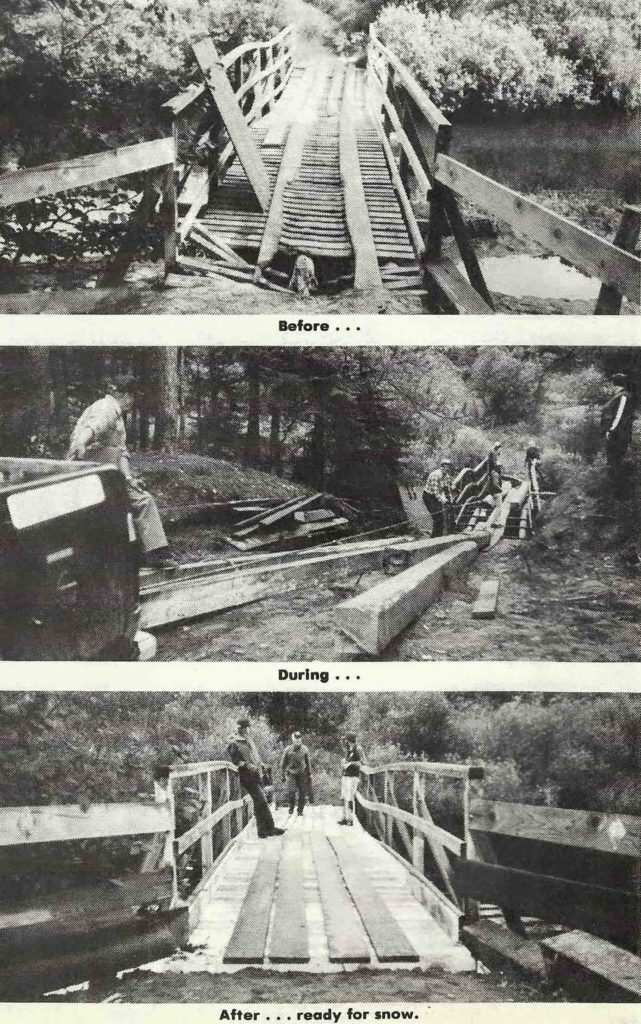 For November, Jim Gresch of the Braywood Motel is organizing a Poker Run. Tom Berner, Leon Kukanich and Sally Ayers are organizing a Tri-County Trail Ride for January 15, 1985. The Sno-Eagles Christmas dinner-dance will be Dec. 15 at the Ar’Ber. The club will crown the new Miss Sno-Eagle at the dinner-dance. Finally, Leon & Edie Kukanich will plan our Weekend Away for February 1985 at the Cheney Motel & Supper Club in Laona.