Ride with Pride a Big Success!

Trackside of Eagle River donated choice of a 2019 Ski-Doo MXZ 600ES snowmobile or a 2019 Can-AM Outlander 570 ATV as the grand prize in the raffle.  Second prize was a Yellowstone snowmobile vacation package.  Third prize was a mini-vacation at Wild Eagle Lodge with a dinner certificate for the Blue Heron Restaurant, and fourth prize was dinner for two at Eagle Waters resort.

With a large crowd in attendance, the Ride with Pride drawing was held Saturday at Trackside. Total proceeds were $18,055. The Sno-Eagles received $8,777, Northern Lights received $4,389, and Conover Sno-Buddies received $4,389.

Proceeds will be used to help fund trail grooming programs. Even though snowmobile clubs receive state reimbursement for a portion of the trail preparation and grooming, that doesn’t come close to covering the expenses of maintaining snowmobile trails. Trail groomers cost more than $200,000 – the cost of which is not reimbursed. Most clubs have two or three groomers.  Fundraisers, such as Ride with Pride, are critical to ensuring adequate funding sources to keep area snowmobile trails well maintained.  Snowmobiling is a main driver of winter tourism and the economy of the area.

The event would not have been possible without the support of Trackside, Three Bears Lodge in West Yellowstone, Wild Eagle Lodge, and Eagle Waters Resort who donated the prizes. 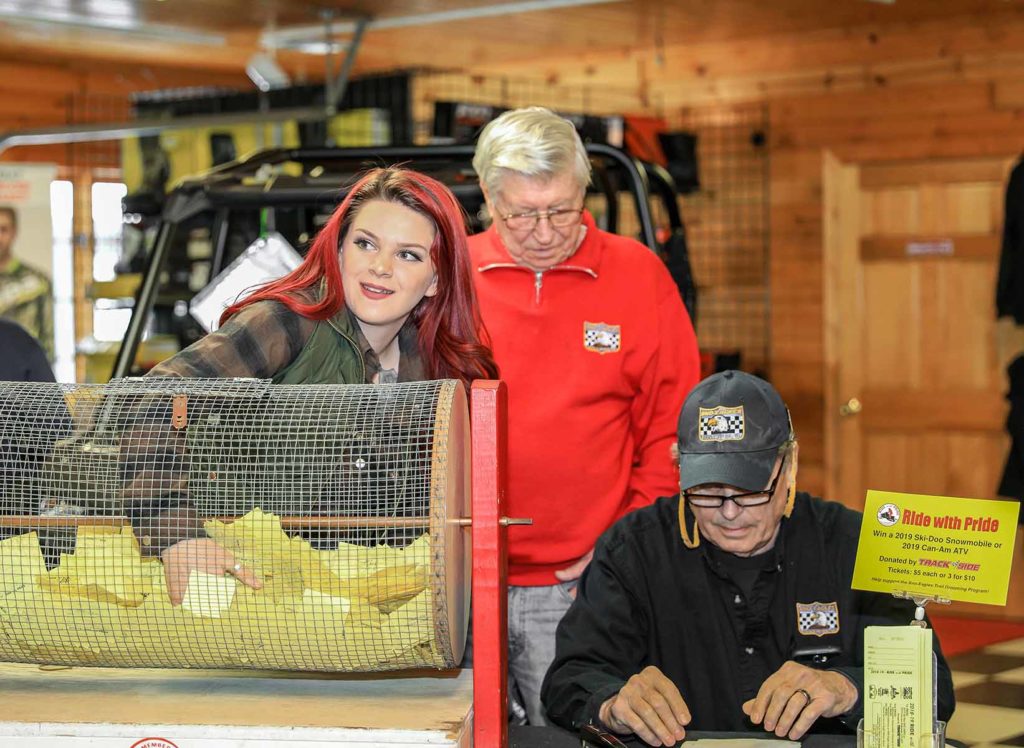 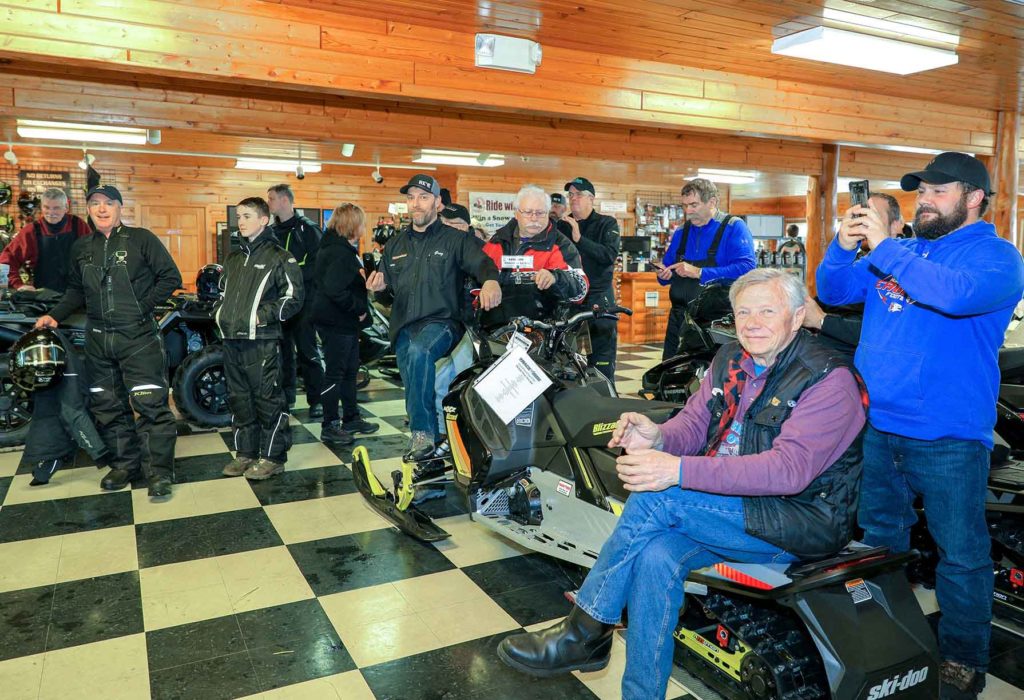 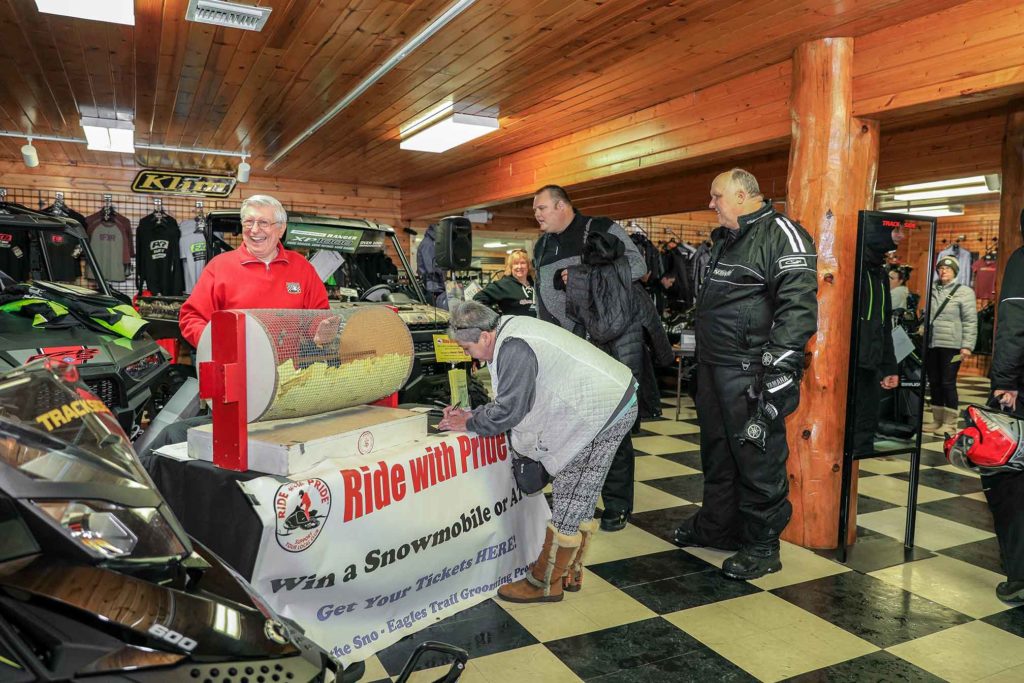 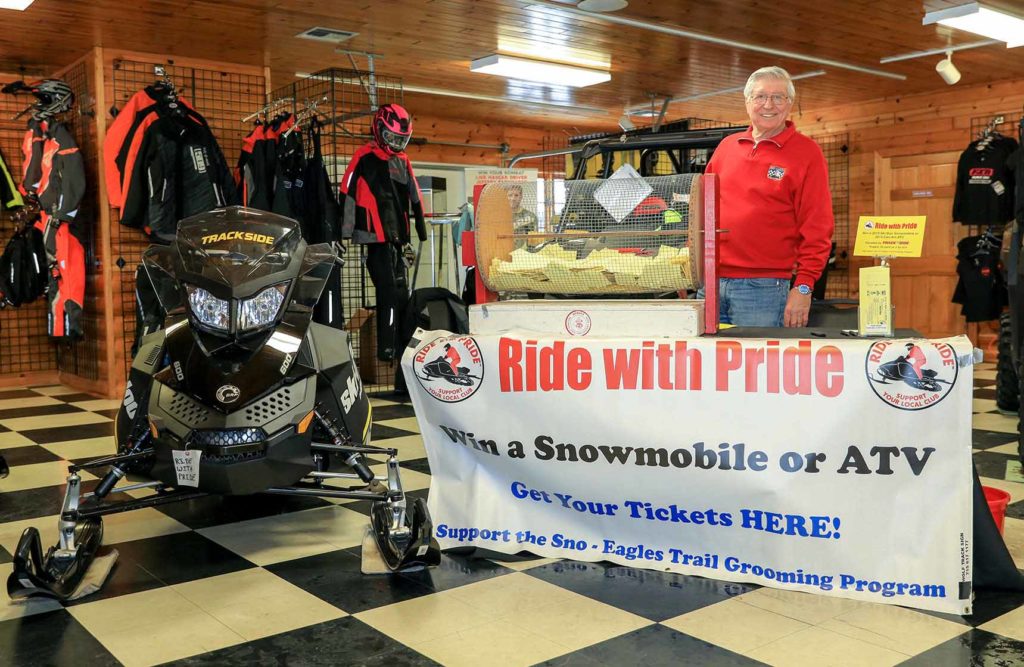